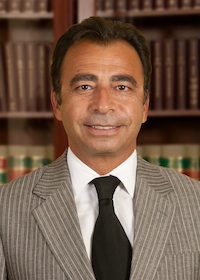 Allen Shofe contributes to the Foundation his expertise, based on 20 years of experience, in government relations, public service and public affairs.  Mr. Shofe is Senior Vice President of Public Affairs at Emergent BioSolutions, Inc.  He has developed an extensive network of professional contacts throughout North America, Europe, North Africa and the Middle East.  He has held senior-level government and public affairs positions at Eli Lilly and Company, BAT UK and Export, and the Tobacco Institute.  He served as Chief of Staff for Minnesota Congressman Gil Gutknecht, on the staff of Minnesota Governor Arne Carlson, and as campaign director for the Minnesota Republican Senate Caucus and Republican Party.  He also served on the Boards of Directors of the Minnesota Taxpayers Association and the Capitol Hill Club in Washington, D.C.   Mr. Shofe received an L.L.M. Master of Laws from the University of Leicester School of Law in the United Kingdom, and a B.A. in International Relations from the University of Minnesota.